At the beginning of 2013 a fungi known as Kretzschmaria deusta was identified in a number of trees in the Plantation. In line with advice received from Leicestershire County Council a decision was made firstly to remove the affected trees along the boundary with the car park and school playing field (approximately 37 trees or groups of trees). This work was carried out in April 2013. The work to remove affected trees near to other pathways was then carried out in November 2013.

A further group of affected trees were identified for removal in Autumn 2015.

Kretzschmaria deusta
The fungi Kretzschmaria deusta attacks the roots and base of the tree; most of the affected trees in the Plantation are sycamore trees. Although it is sad that this fungi is affecting the Plantation, the staged removal of sycamore trees is in line with the parish council's Plantation management plan. The self-sown sycamore trees predominate in the woodland, but are not a native species and in excess are detrimental to the biodiversity of the woodland as they control the canopy and do not allow enough light in for the other trees and species to thrive. As sycamores are removed, native trees such as ash, oak, wild cherry, alder and field maple will be planted in their place. These trees provide a wider range of food and habitat for the mammals, birds and invertebrates that live in the wood. 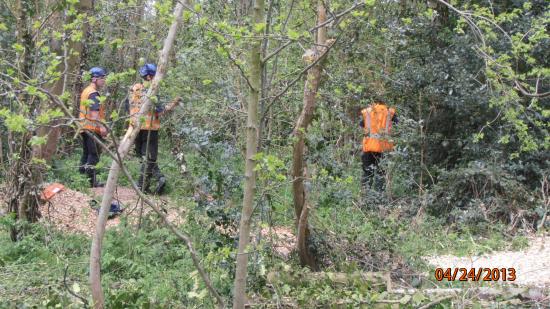 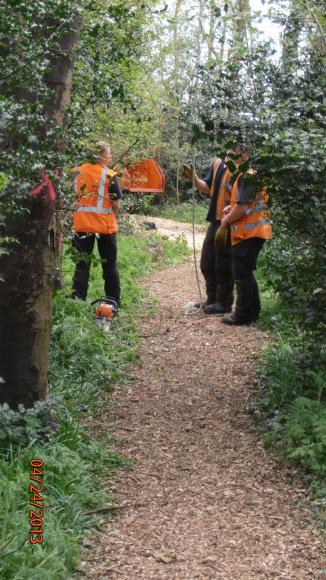