The mills at Cotes

The Lower Mill is situated but a few yards from the village of Cotes and is commonly called Cotes Mill, although actually in the parish of Loughborough. The Upper Mill was half a mile upstream at the western extremity of Burton parish. The two mills, known as the King's Mills, belonged to the Manor of Loughborough until 1810 and probably stood on the sites of those mentioned in the Domesday Survey of 1085.

People living within the Manor of Loughborough were expected to take their corn to be ground at these mills but by the sixteenth century other local millers and mill owners were vying for trade – offering a cheaper and better service. In 1610, Katherine, widow of the Earl of Huntingdon and holder of the Manor, began a lawsuit, maintaining that the Lords of the Manor had the right of grinding the corn at Loughborough, and complaining that inhabitants were being enticed away by the millers at Dishley and Garendon. This was followed by complaints against others, including Farnham of Quorn and the Skipwiths who had built a windmill at Knightthorpe.

In all, ten suits were brought. Witnesses stated that the Huntingdon mills took too large a toll and were unable to grind at times of flood or drought. Men collecting grain from Loughborough for grinding at rival mills had their horses impounded, and the dispute spread to the town bakehouses.

At Leicester Assizes in 1698 – almost a hundred years after Katherine's original complaint – the verdict was given in favour of the defendants, and from that date the people of Loughborough could freely decide which mill to use. 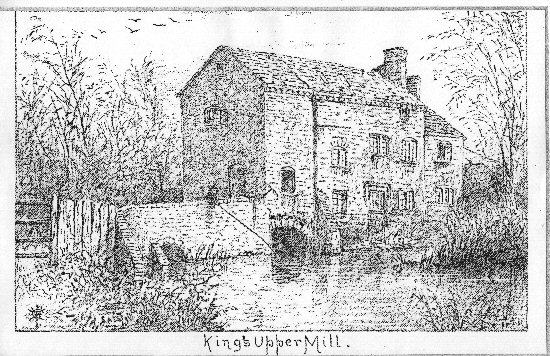 A view of Loughborough Upper Mill in the nineteenth century by W.E. Cooke. 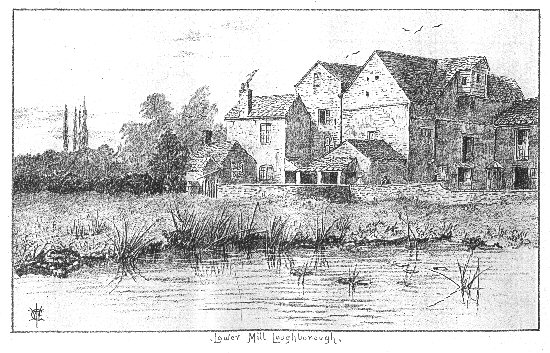 A view of Loughborough Lower Mill in the nineteenth century by W.E. Cooke. 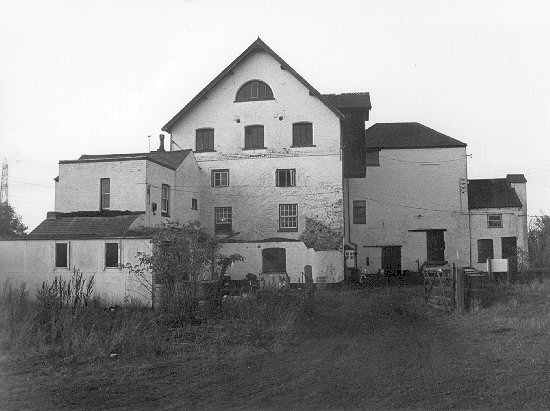 A similar view of the Lower Mill in November 1990. Photograph by David Shaw.