Sir Christopher Packe acquired the estates of Cotes and Prestwold in the mid-seventeenth century. Initially he and his family lived at the fine Cotes Park House but his eldest son was described as being 'of Prestwold' by the year 1682. Prestwold became the family's principal residence sometime around 1700 after the house at Cotes burnt down.

Little is known of the house at Prestwold of this time, although the remains of a Jacobean building survive as the core of the much-enlarged building of the 1760s (which in turn was extended in 1805 and again in 1842 when the house also acquired its Italianate exterior).

St Andrew's church stands close to the house. The tower and chancel have survived from medieval times. The nave was rebuilt by the Packe family in 1743 and the interior was fairly typical of eighteenth century churches, with box pews, a west gallery and a pulpit in the middle of the nave on the north wall. By the mid-nineteenth century such interiors had become seriously unfashionable so, when the church was further restored in 1890, the nave furnishings were replaced.

Fortunately two photographs taken before 1890 survive, showing the interior of the nave as it was designed in 1743. 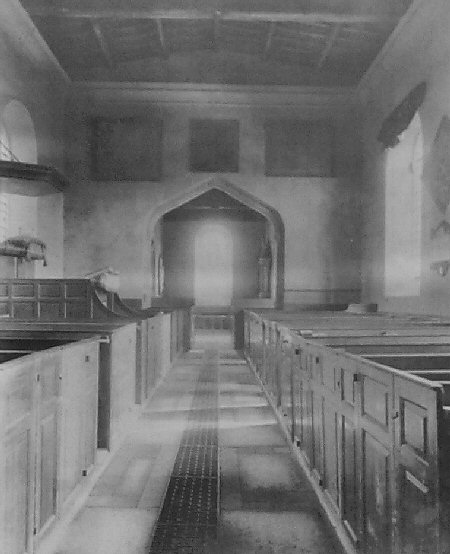 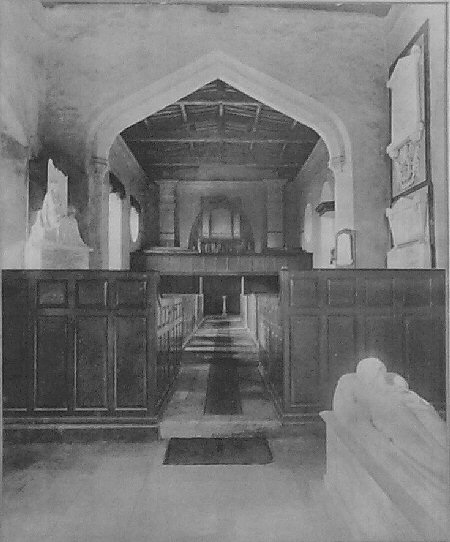 The chancel of Prestwold church contains various sepulchral effigies, many of a very high artistic standard. 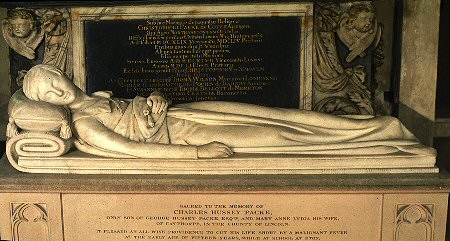 Originally published in the Wolds Reflections 1997.