Burton on the Wolds "A Potted History" 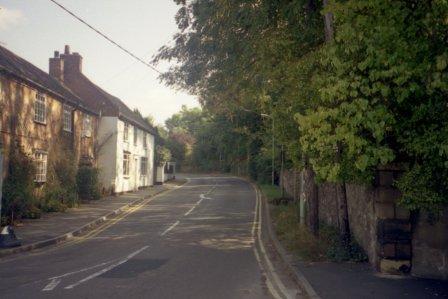 Melton Road, Burton on the Wolds

The parish of Burton-on-the-Wolds stretches from the Roman Fosse Way in the east to the River Soar in the west. Its name is derived from the Old English - burgh, a fortified place, and tun, a village or farmstead - and the use of the word gate to denote grazing rights on the common is evidence of some Scandinavian occupation. The Domesday Survey of 1086 lists it simply as Burtone, super Waldas was added at the end of the 13th century.

Throughout the medieval period the major landowner was the Cistercian Abbey of Garendon and Burton's economy relied on sheep and cattle farming. Agriculture continued to provide the main source of income until the early 20th century.

There is little archaeological evidence for earlier settlements, but the present village was part of the Burton Hall Estate and had its foundation in land and property acquired by Samuel Shalcrosse at the end of the 17th century. Burton Hall itself was built around 1780.

The original highway from Six Hills to Cotes ran through the village along the line of Brook Street. In 1818 this was diverted to the present higher and more southerly route. At the same time a road running by Burton Hall was closed, allowing for the creation of the park. The Hall was extended and walls and gates were constructed, along with the entrance lodge. A fountain was set into the wall close to the village centre to provide a supply of good clean water.

During World War II the communal and living quarters for Wymeswold Airfield were in Burton. Following the War many of the huts were used to house Polish refugees. Over the previous thousand years the size of Burton had never exceeded a hundred households and in 1931 the population was only 297; at the 1951 census it was 938.

In the 1950s the military sites became redundant and the Burton Hall Estate was broken up. An abundance of building land came onto the market. Burton never returned to its pre-war size.

By Joan & Peter Shaw, originally written for the Burton on the Wolds Village Design Statement.

Framework knitting in Burton on the Wolds

Burton on the Wolds Village Hall

The Seymours at Burton Hall

The Polish Camp at Burton on the Wolds

The Duchess of Sforza

The old tithe barn at Cotes

What they say about Cotes bridge

The ruins at Cotes

The mills at Cotes